Definition of the greek word “oistros”: 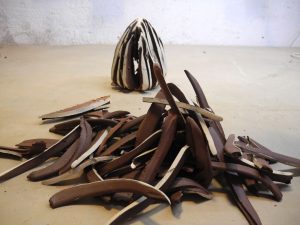 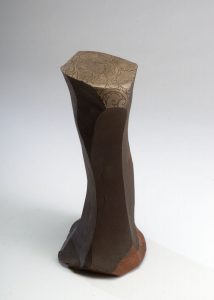 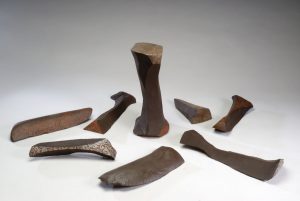 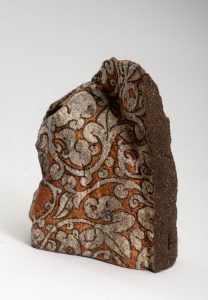 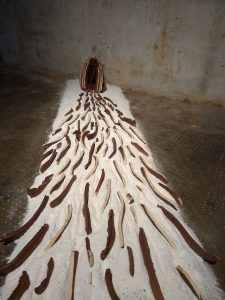 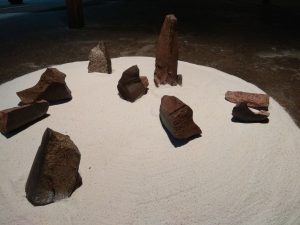 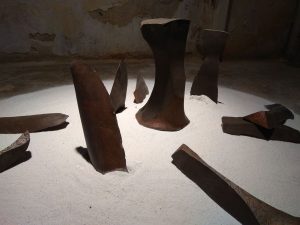 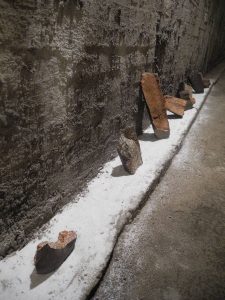 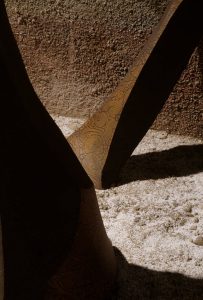 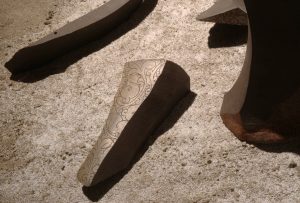 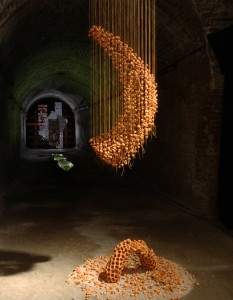 Instead of reflecting on the word “oistros”, oistros literally got hold of me.

First it took me out of my studio. I found myself banging heavy blocks of clay on a big flat rock, outdoors, as in a need to plunge in the realms of nature, away from human technology, away from my studio references.

Then I realized my whole attitude, my gestures upon clay itself changed: I was no more patiently shaping thin membranes of clay as I usually do. Instead, I was violently dealing with its “flesh,” crudely cutting, breaking, incising, lacerating it until its initial shape got almost annihilated.

What I do to clay, I symbolically do to myself. I work on it as if it were the extension of my own body. I went to the core; I broke it up in a need to change from within, radically.

That brought me to an utterly uncomfortable and precarious place for it was unknown, thus potentially dangerous. At the same time it was liberating as it introduced ground for transformation and renewal.

After this “battle” all I was left with were ruins.

First came the pain of destruction, but then, by embracing what was there in front of me, I saw the possibility of a new state of things emerge. I saw a new reality. My attitude and gestures transformed from harsh and crude to caring and delicate, slow and meditative.

A surprising marriage occurred between those ruins and the fine floral patterns I patiently decorated their surface with (patterns inspired by Islamic ceramics I have repeatedly drawn for years, and that have become part of me; patterns that connect me to my deeper roots).

Another marriage took place between the shapeless rubble leftover from destruction and the hanging process, which organized the rubble in a fleeting but coherent shape as if ready to incarnate a new entity.

In short, I see this adventure of mine as a small participation in the vast life scene.

I see myself as one of the innumerable channels that contribute, through their actions, to the ceaseless transformation of the world, to the dance of reality!