Undo my pieces as soon as I have finished them.
Then mourn the world of forms I have created.
Grief and tears...
But in the fluidity of the countless pieces of clay
I preciously collect,
lies the seed of a world of new possibilities. 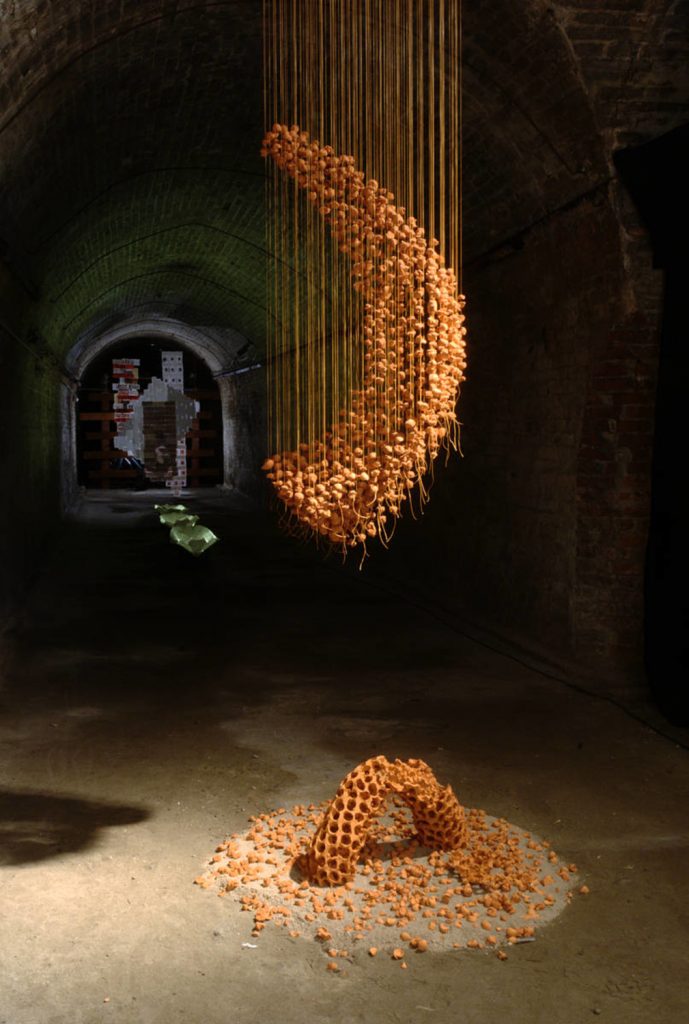 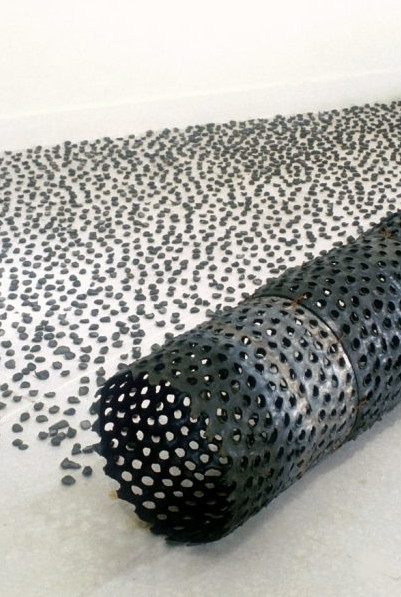 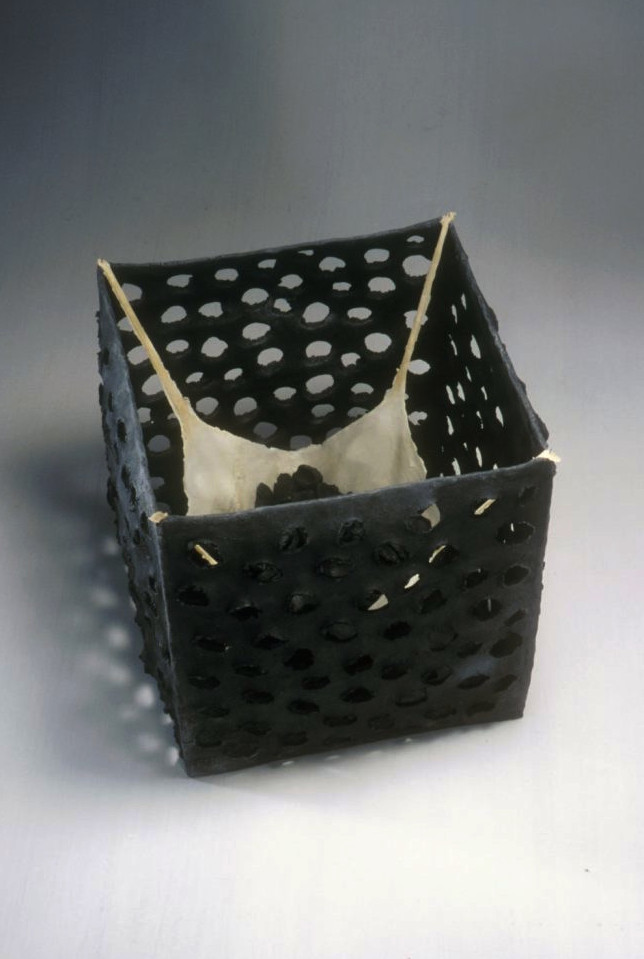 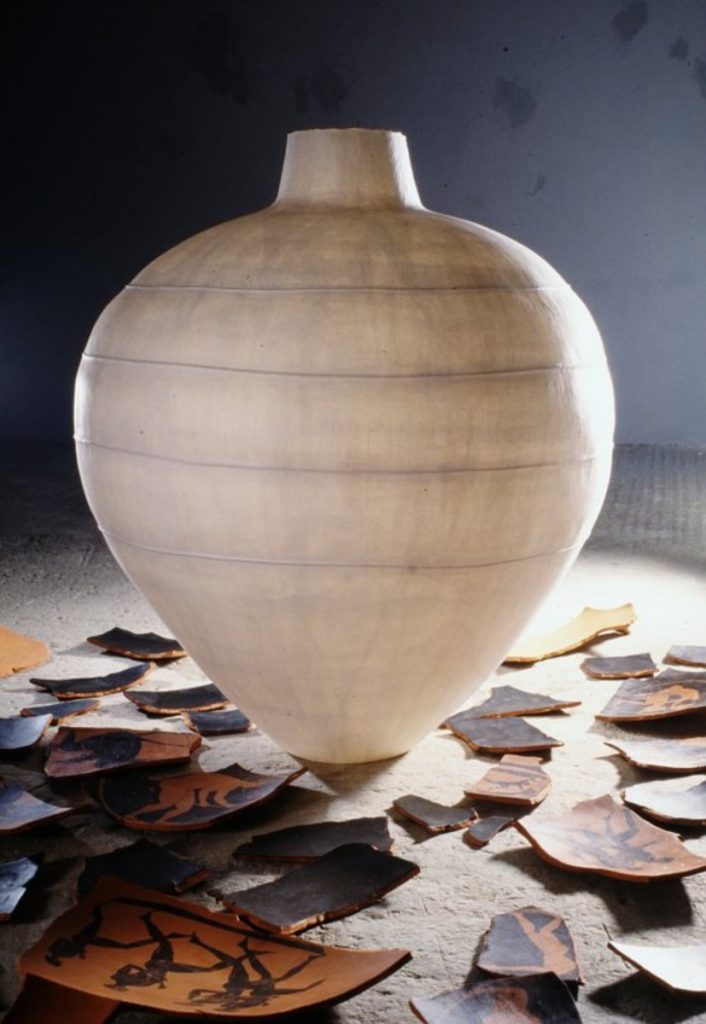 Exhibition of "AFI" Artist collective, shown in the underground tunnels of the Bologna velostazzione, Italy 2016.
Also shown in 2017 in Athens, in old abandonned workshops surrounding the courtyard of a building. 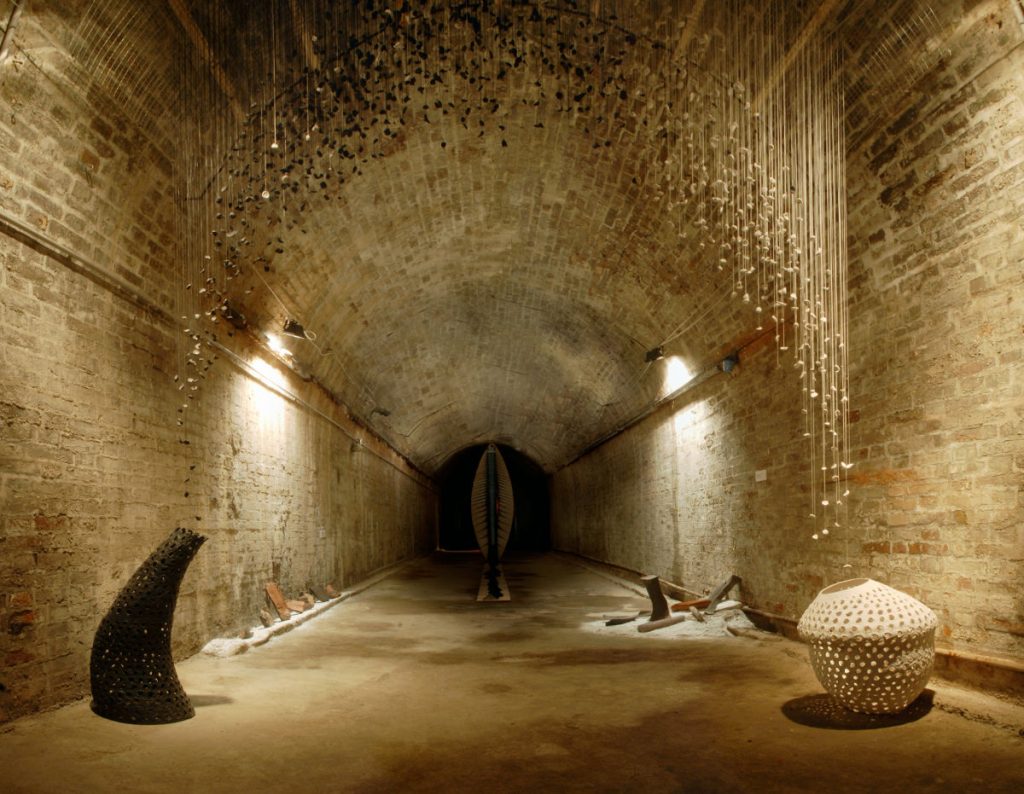 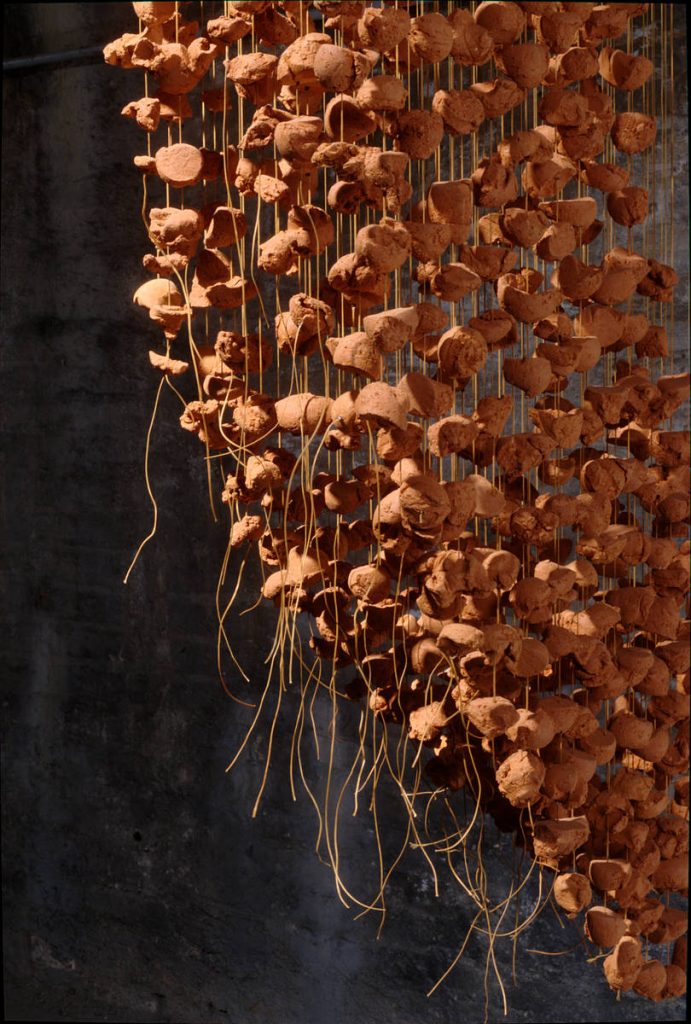 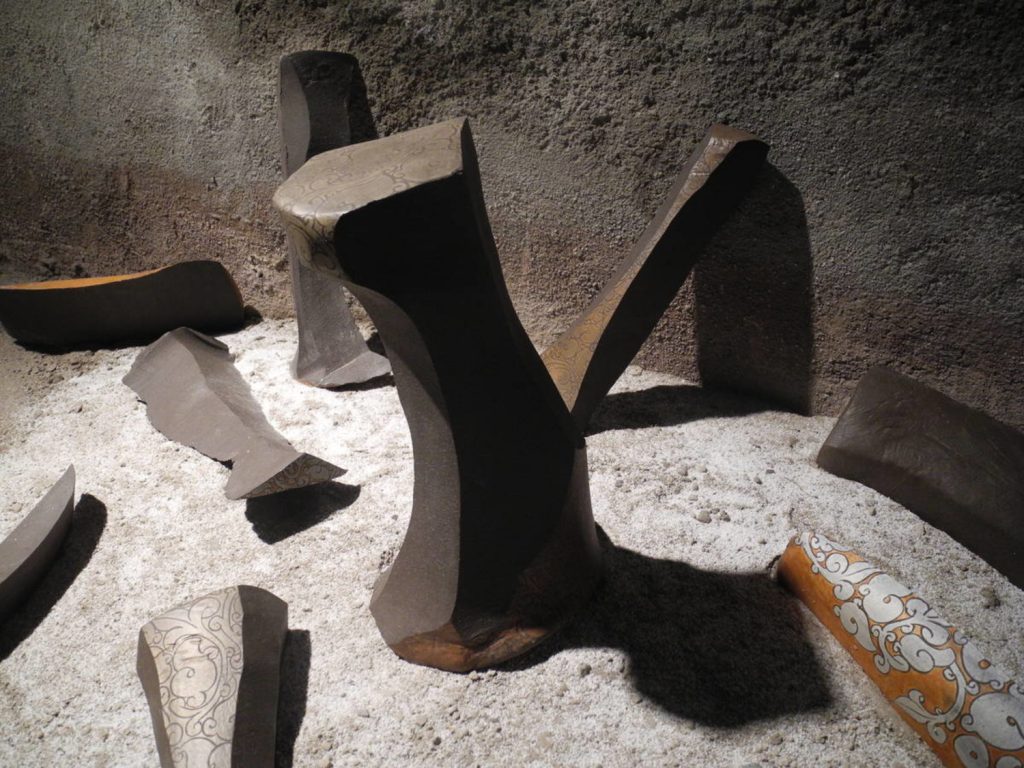 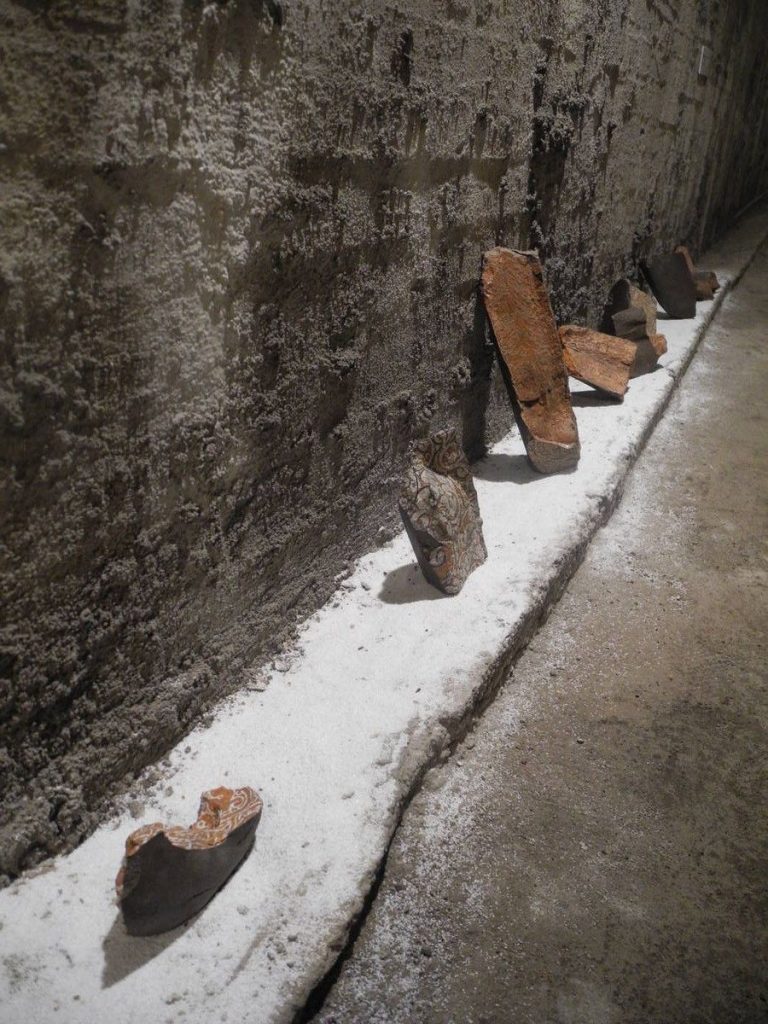 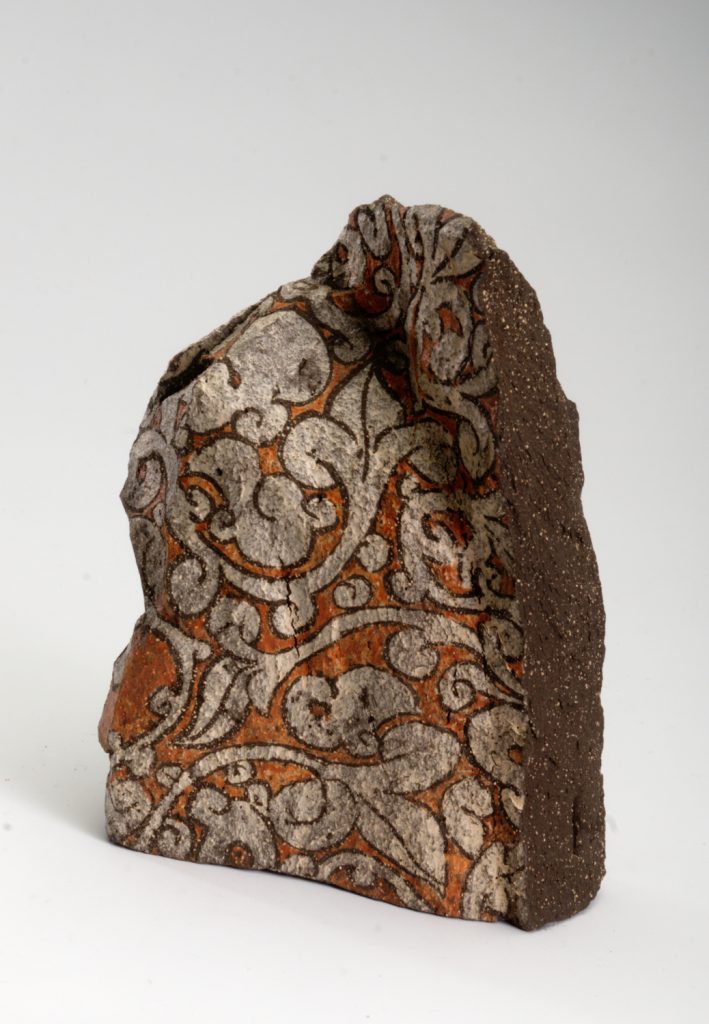 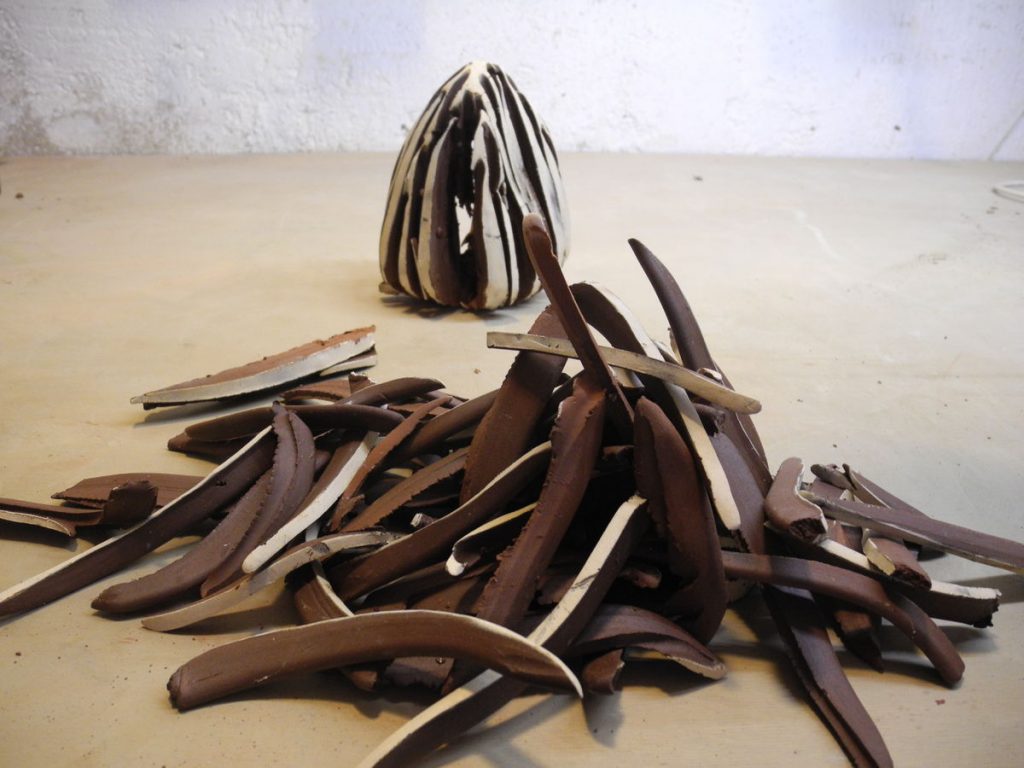 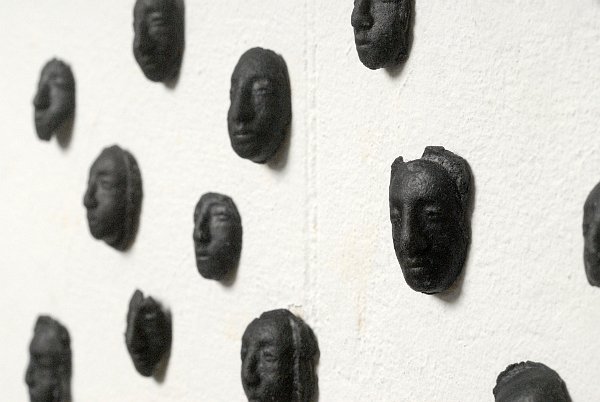 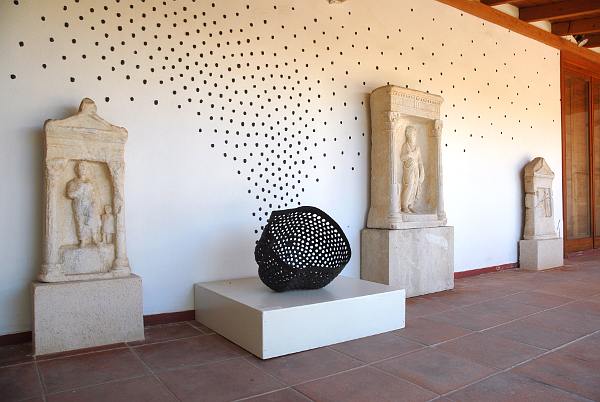 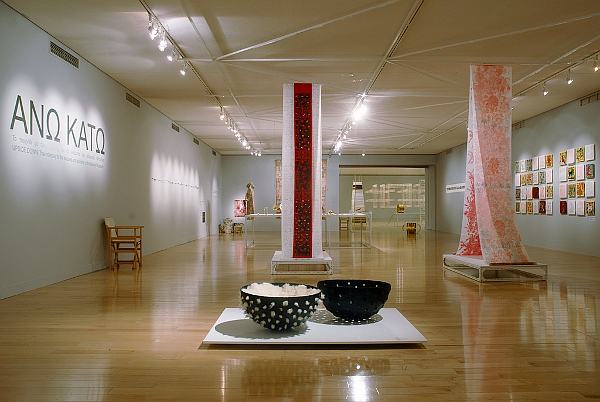 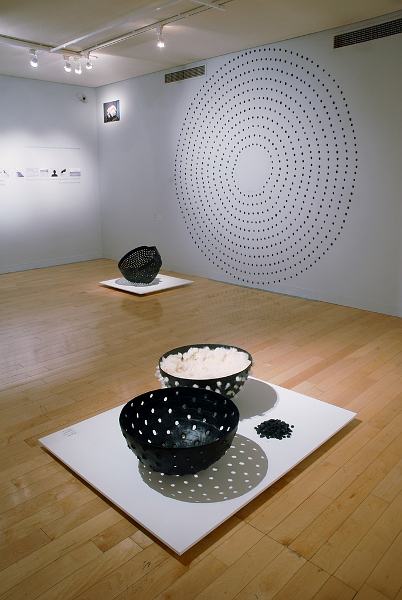 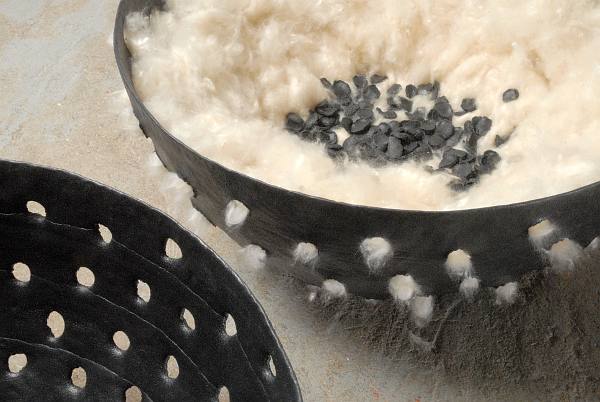 “Everything goes everything flows” – 2006

“ That which was is recreated, all flows like water
And nothing beneath the sky is seen a new.
But the form is transformed into another
And this change is called living, in the world,
And dying when the form moves away into another. ”
Ronsard
First prize at the 2006 " European Ceramic Contest", Bornholm, Denmark. 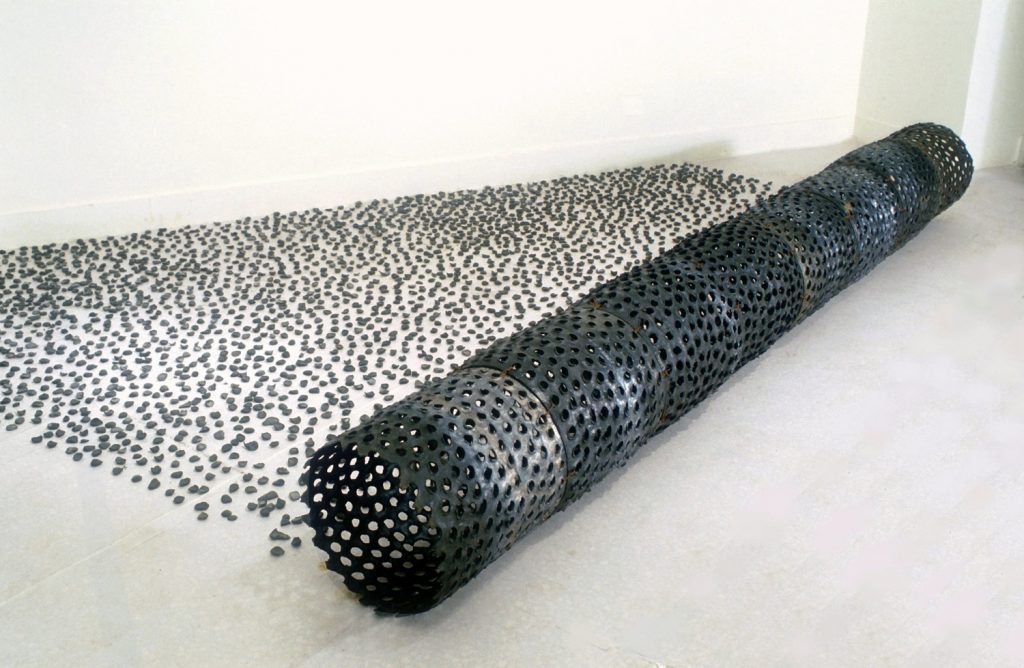 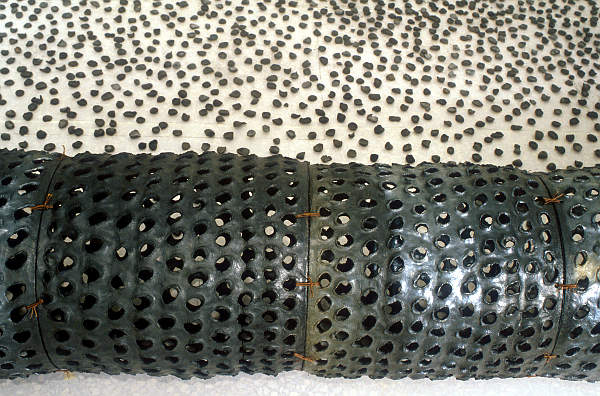 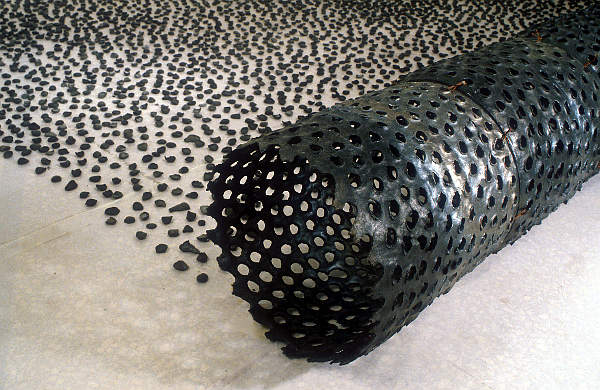 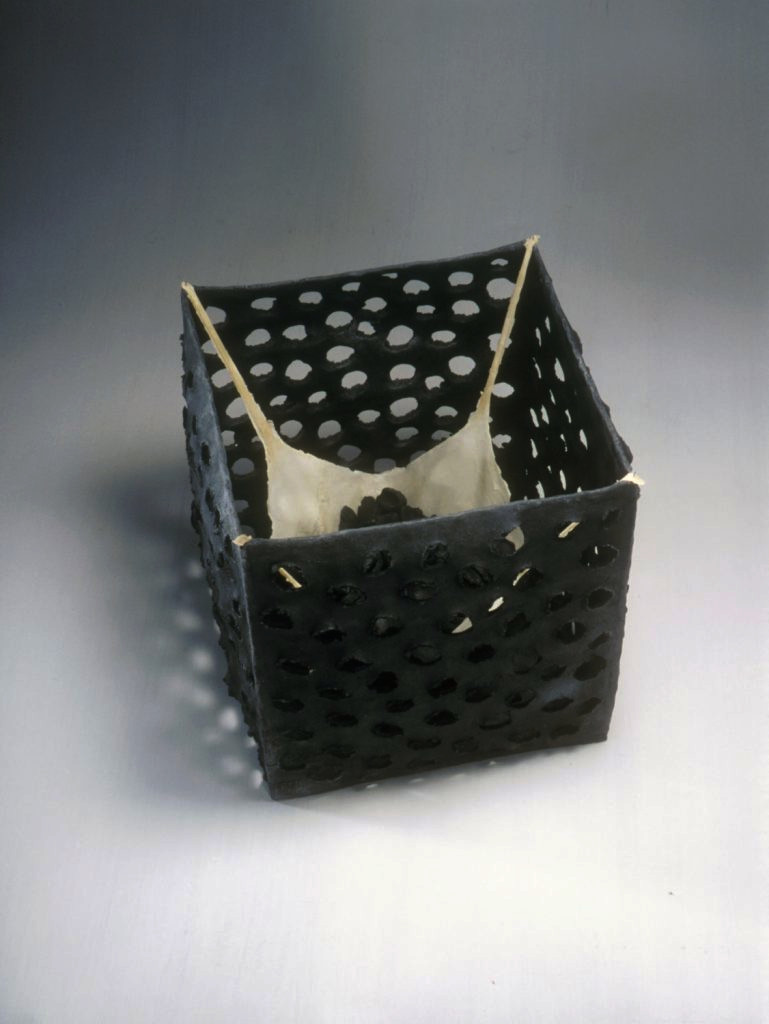 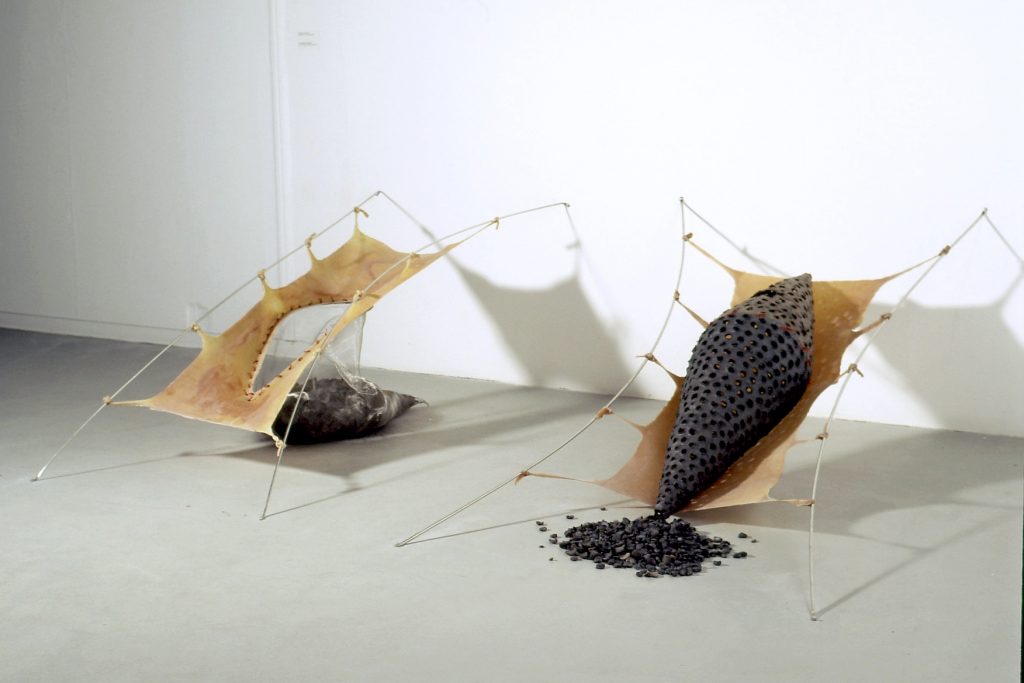 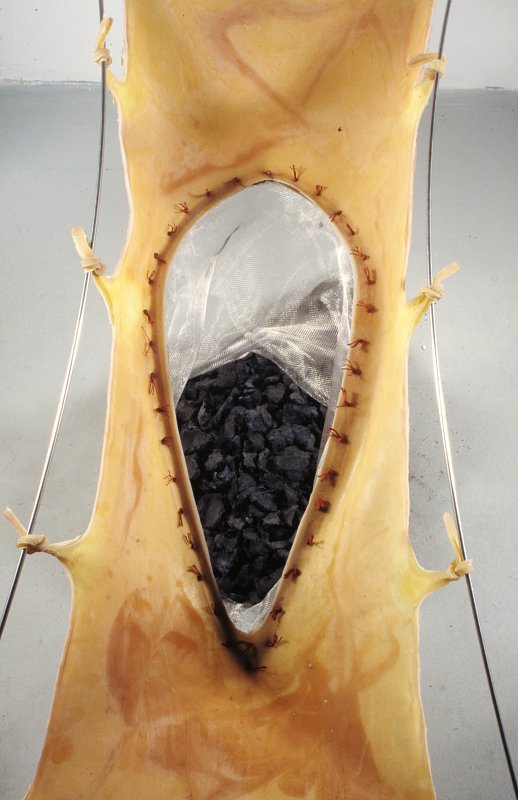 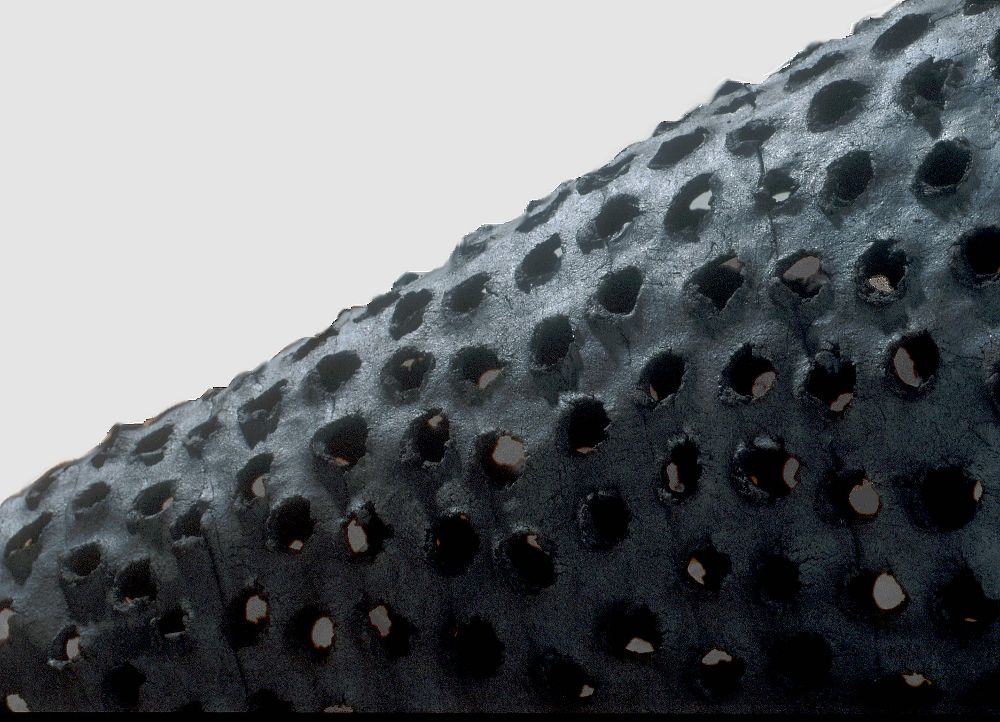 Commission for the 2004 Olympic games of Athens 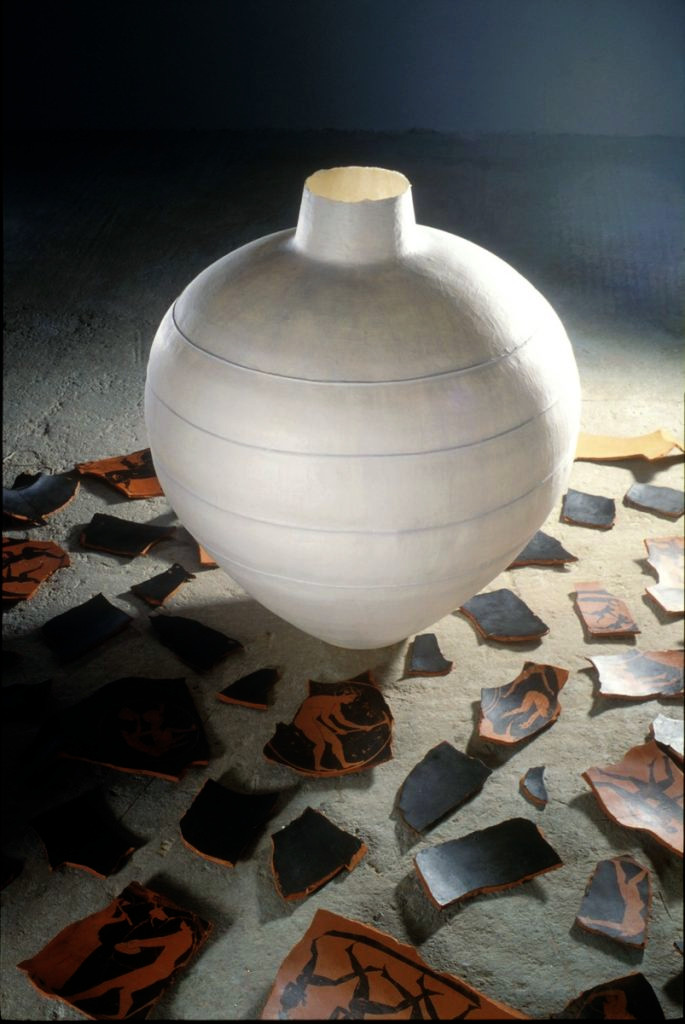 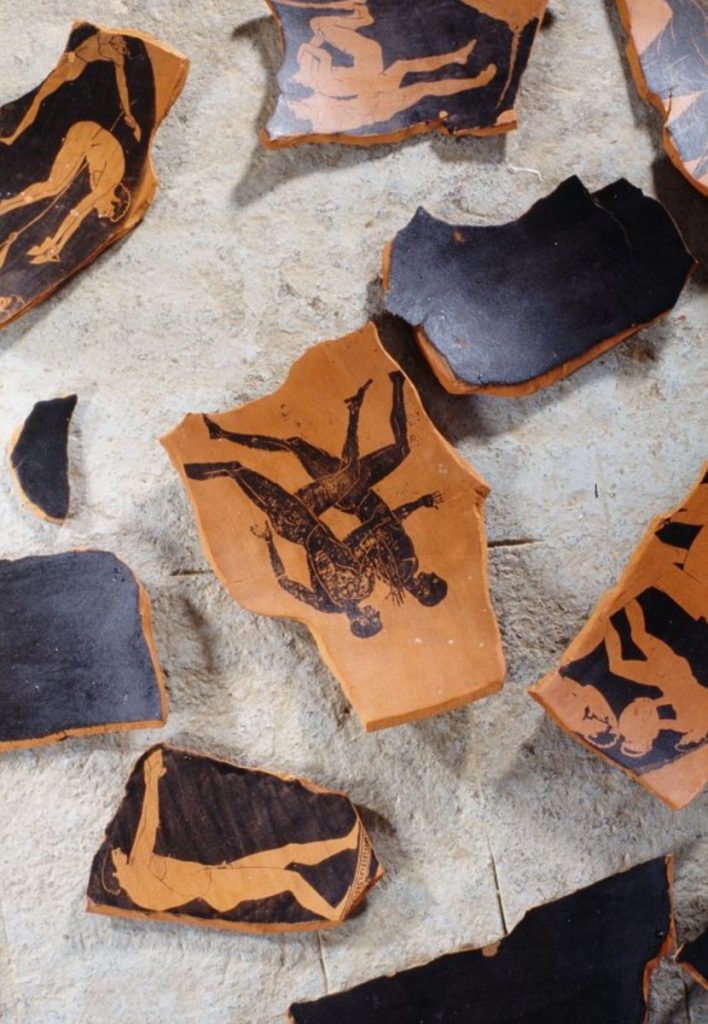